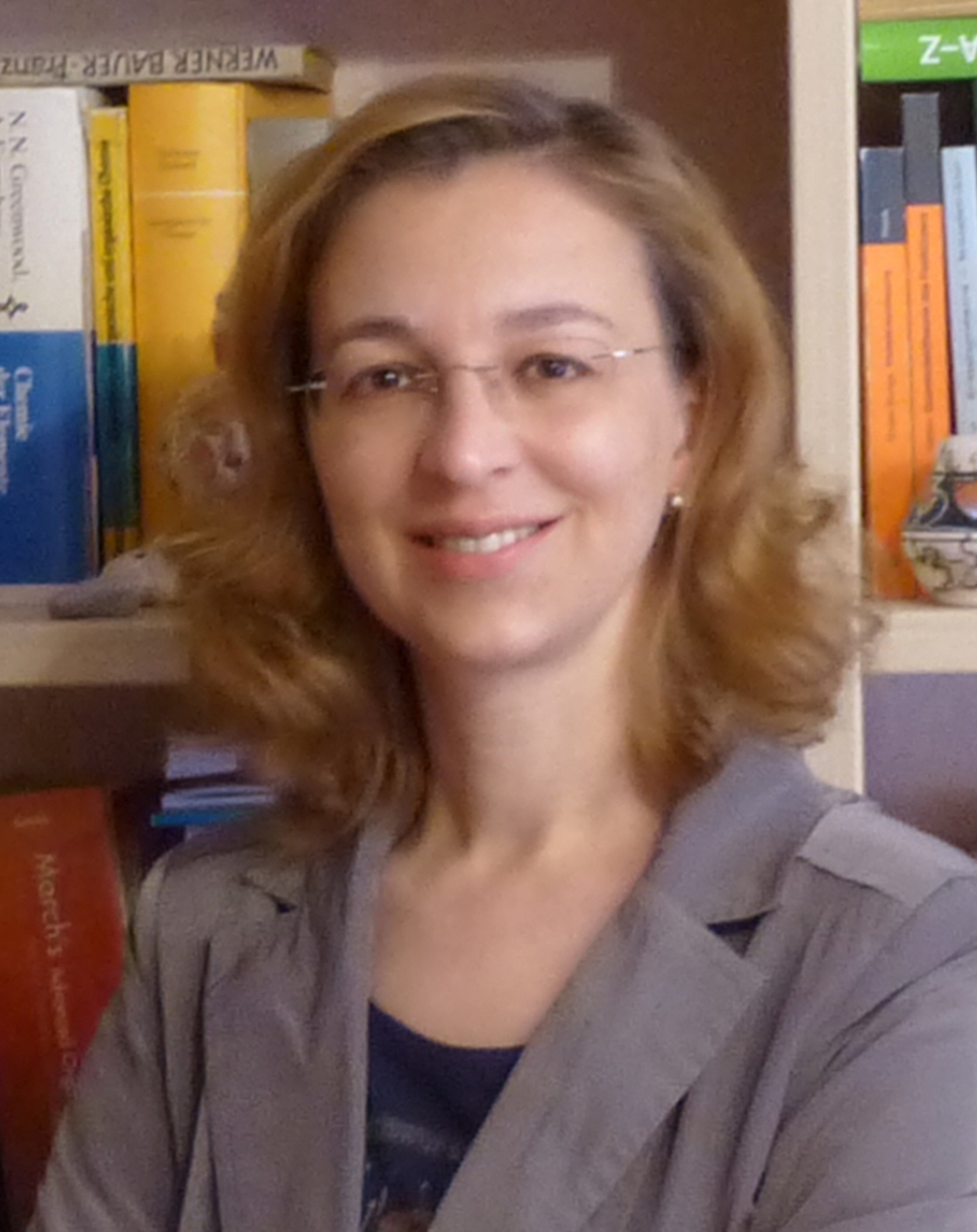 Svetlana B. Tsogoeva received her Diploma in Chemistry with Distinction in 1995 from St. Petersburg State University (Russia), where she completed her doctoral thesis in 1998 on the “Synthesis of Modified Analogues of Steroid Estrogens”. In 1998, she moved to the Johann Wolfgang Goethe-University, Frankfurt am Main (Germany) for a postdoctoral research. In July 2000 she joined the Degussa AG Fine Chemicals Division as a research scientist, where she has been working on the development of new oligopeptide catalysts for the enantioselective Julia-Colonna asymmetric epoxidation of olefins. In January 2002 she was appointed a first junior professor in Germany at the Georg-August-University of Göttingen (Germany), where she established her own research group supported by BMBF, DFG, FCI and Degussa AG. Since February 2007 she holds the position of Professor of Organic Chemistry at the Department of Chemistry and Pharmacy of the Friedrich-Alexander University of Erlangen-Nürnberg (Germany).

back to beneficiary partners