Congratulations to Prof Marco Mazzotti, ETH who was awarded an ERC AdG on crystallization!   The research deals with separation processes, with application to biopharmaceuticals and carbon dioxide capture and storage systems, and has a strong focus on crystallisation. Many products in the chemical, food and pharmaceutical industry are produced as powders through a continuous crystallization process, in which crystals are generated by secondary nucleation in agitated crystal suspensions. In his ERC project, SNICC “Studying Secondary Nucleation for the Intensification of Continuous Crystallization”, Marco Mazzotti aims at filling the gaps of scientific understanding on secondary nucleation at the microscale, so as to enable the optimization and control of continuous crystallisation at the process scale. The ETH professor hopes the project will have a substantial impact on the science of crystallisation and the related industrial processes.
https://www.ethz.ch/en/news-and-events/eth-news/news/2018/04/a-major-success-at-the-european-level.html

CORE's Prof. Seidel-Morgenstern was invited as a plenary speaker at the first European Asymmetry Symposium where he spoke about the Process to Separate Enantiomers http://feas.fr/abstracts/#andreas-seidel-morgenstern which was attended by over 200 delegates.

Studies on complex systems have emerged during the recent decades. The origin, evolution, and expression of asymmetry became an essential part of numerous complex systems. The journal Nature stated in 2012 that, in modern sciences, asymmetry-related phenomena belong to the five challenges as hard as finding the Higgs boson and just as potentially transformative. Asymmetry-related phenomena are integral part in new developments in arts, language, and social sciences. They become of increasing importance in economy and likewise natural scientific disciplines such as mathematics, physics, and chemistry individually contribute along with biology to the advanced understanding of microscopic and macroscopic asymmetries. One fundamental challenge is to understand – and predict – the structures that emerge from spontaneous symmetry-breaking in natural systems. The objective of the First European Asymmetry Symposium (FEAS) is to foster high-level, innovative, trans-disciplinary research and training activities that will turn the Université Côte d’Azur (UCA) into a high profile international research university. Complex asymmetric systems such as the origin and evolution of asymmetric life, asymmetric amplification, asymmetric structures, asymmetry in economy and art – to name a few – are far from being understood and expressed and we expect that fundamental answers can be found by a trans-disciplinary approach only that systematically complements knowledge of traditional individual disciplines. The FEAS is the first European Symposium of its kind. It is intended to attract leading international scientists and researchers and to advance our trans-disciplinary understanding in asymmetry-related phenomena.

The full programme can be found at http://feas.fr/


Andreas Seidel-Morgenstern - How Can the Enantiomers of a Chiral Molecule be Separated More Effectively? 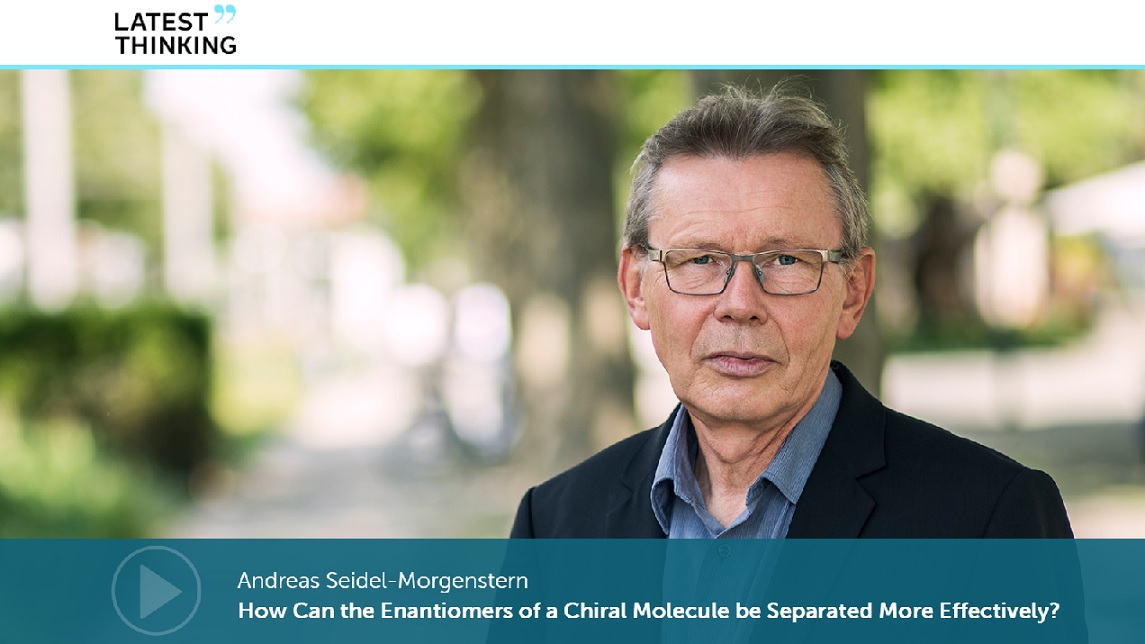 Chiral molecules are molecules that behave as image and mirror image to each other; these are also called enantiomers. There is a demand in pure enantiomers, which can be created for the use of a variety of industries, such as drugs for the pharmaceutical industry or herbicides for agrochemistry. ANDREAS SEIDEL-MORGENSTERN and his research team investigate access to these pure enantiomers. To achieve this, they work on separating the two enantiomers, complementing alternative approaches devoted to synthesize just one of them. For this, they use racemic mixtures – which contain equal amounts of left- and right-handed enantiomers of a chiral molecule – and then split these racemates. The separation process they managed to develop for this, as is described in this video, allows them to produce larger quantities of pure enantiomers from cheap available mixtures than was possible before. This means that these can now also be produced more effectively in industrial contexts.